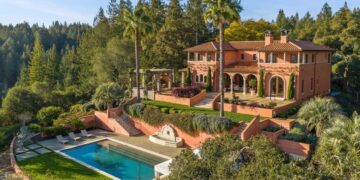 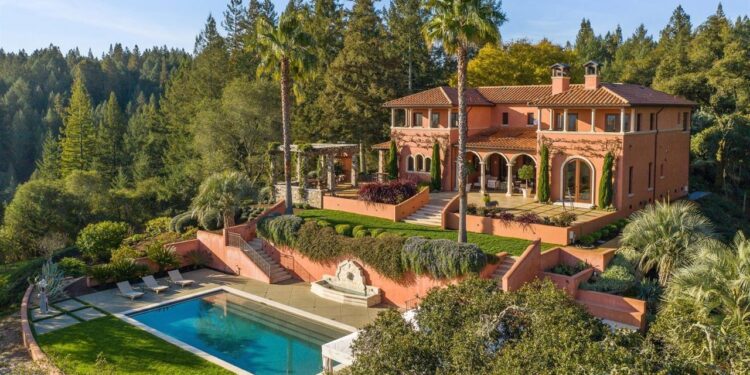 A five-bedroom, seven-bathroom home in California’s wine country was listed on Wednesday for nearly $9.5 million, making it the most expensive home for sale in the area.

Set on 64 acres, the Mediterranean-style villa is on the outskirts of Healdsburg, one of the hubs of Sonoma County. If the property sells for within $1 million of its asking price, it would be the city’s priciest sale ever, according to listing information on Zillow.

The property is about an hour north of San Francisco’s Golden Gate Bridge, which adds appeal for San Francisco buyers looking for more space and access to nature, according to listing agent Michael Fanelli of Healdsburg Sotheby’s International Realty.

“It’s also just six minutes from the heart of Healdsburg,” he said. “It’s so close, but it feels so far away.”

The property also boasts “all-encompassing” views that reach to…