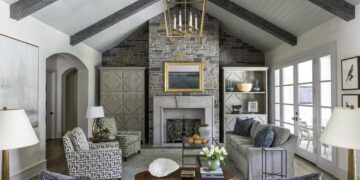 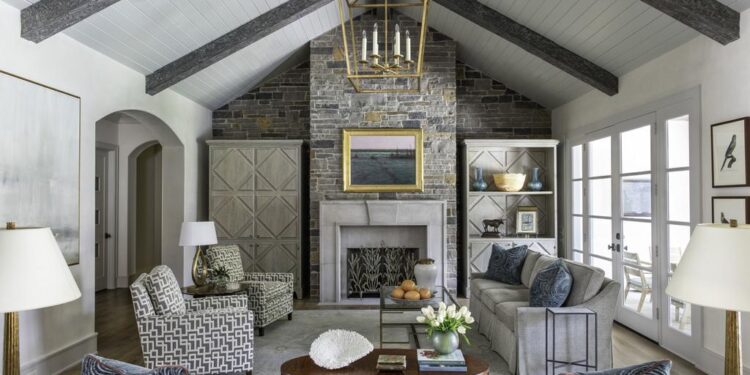 When Bill and Sandy Swenson decided to build a house, it took the couple in a dramatically new design direction.

They already lived on the city’s west side in Wilchester West and didn’t want to move too far. They lived in a traditional style house that neighbors — interior designer Genna Weidner and building designer Deborah Hasou of Weidner Hasou & Co. — had helped them transform. Bill referred to that house as “buying ugly.”

They spent months in a gut job that dramatically transformed the 3,500-square-foot house into a place they could raise their two kids. But as years passed, Bill wanted to start from scratch on a home created just for him and Sandy. If would be a fresh start as he approached retirement.

“I have always dreamed of building our own place and getting the layout we want. Two people ought to be able to live in 4,200…