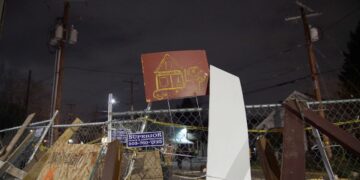 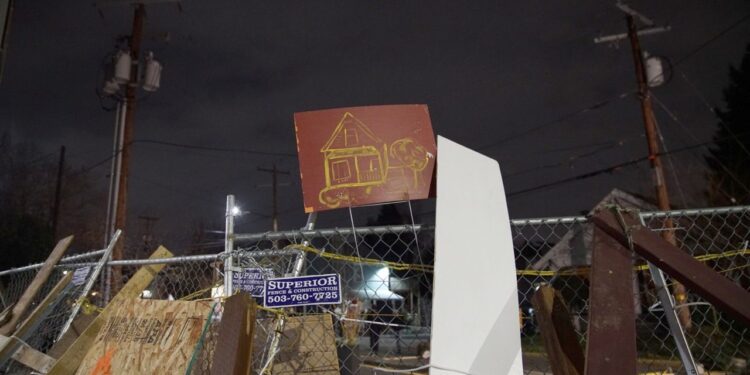 Uncertainty heightened late Tuesday outside a North Portland home where 150 people huddled behind makeshift barricades to prevent the ouster of a Black and Indigenous family who owned the home for decades.

Police had clashed with demonstrators outside the Mississippi Avenue home hours earlier. Officers retreated, and occupiers dug in.

Mayor Ted Wheeler said late Tuesday that he had authorized police to “use all lawful means to end the illegal occupation.” More than remained outside the house late Tuesday night amid the rain.

The initial confrontation between police and protesters unfolded hours earlier after police arrived to help the new property owner fence off the house. The house was sold at a 2018 foreclosure auction. The former property owners unsuccessfully challenged the sale.

The Kinney family’s case gained prominence as calls for racial justice took hold this summer. The…